Gents, In case you missed it, I know that those of us who will be (unknow-ingly) putting our livers on the line this weekend will be happier having seen the BBC Horizon program last night "Is Binge Drinking Really That Bad" - iPlayer

If you don't have time to be entertained by the van Tulleken twins (and they are very entertaining) I'll summarise for you:

- Drinking does not dehydrate you
- Hangovers are caused by a chemical of partly metabolised alcohol called acetyaldehyde. It's horrible stuff and amongst other things causes plaque to build up in your arteries
- Binge drinking is worse for you than 'moderate drinking (no surprise there)
- A week between binges (typical weekend drinking behaviour) does not allow your liver to recover
- The effects of alcohol - even moderate use - put a stress on your body that is a little like fighting illness
- (Very) Moderate use of alcohol (about 2 units per day) seem to be good for you
- If you cut out half your liver (for a donation) it will completely grow back in 6-8 weeks!!
- Frequent heavy drinkers have a different metabolic pathway that is used to metabolise alcohol as well as the normal one. This reduces hangovers but disguises the liver damage

Worth a watch on the BBC if you have time.
Anyone know where you can buy the continuous alcohol measuring wrist band featured?

Posted by Avondale Polo News at 14:40 No comments:

Advice before the game came from one of the club’s elder statesmen: Just swim a lot and shoot. Hmmm. Mission accomplished.

A nimble 9 players made the journey to Beckenham, named after a famous footballer, and indeed some players were attempting to "bend it". The tip of the spear provided by break away swims from a chap who looked a bit like Dave Brooks, but faster. Our opposition were a very good natured bunch (nice to be able to type that) and with the help of a couple of junior players capitulated early on, wasting the multiple offerings we gave in crazy shot timing and wayward passes.

But hey – you can only beat what’s in front of you. The match was enjoyable, Wigan Rob had his first game, counterbalancing the skyward shots of the captain with a couple that failed to reach the goal, but equally the occasion must have overwhelmed him. When being so close to the footballer’s namesake home, he decided to tackle with his feet. A tackle and flipping of the ball he wont (let us) forget in a hurry. Smiles all round and successfully ruined the pub quiz across the road afterwards by shouting out the answers. Cross Hairs hat trick to boot!

Bravo gentlemen.
Posted by Avondale Polo News at 20:48 No comments:

The club's lovers of a bracing winter dip were not phased by the presence of ice on the surface of Tooting Lido this weekend.  To quote the Yorkshire Rippler ".. we swam at the other end, we're not daft!" 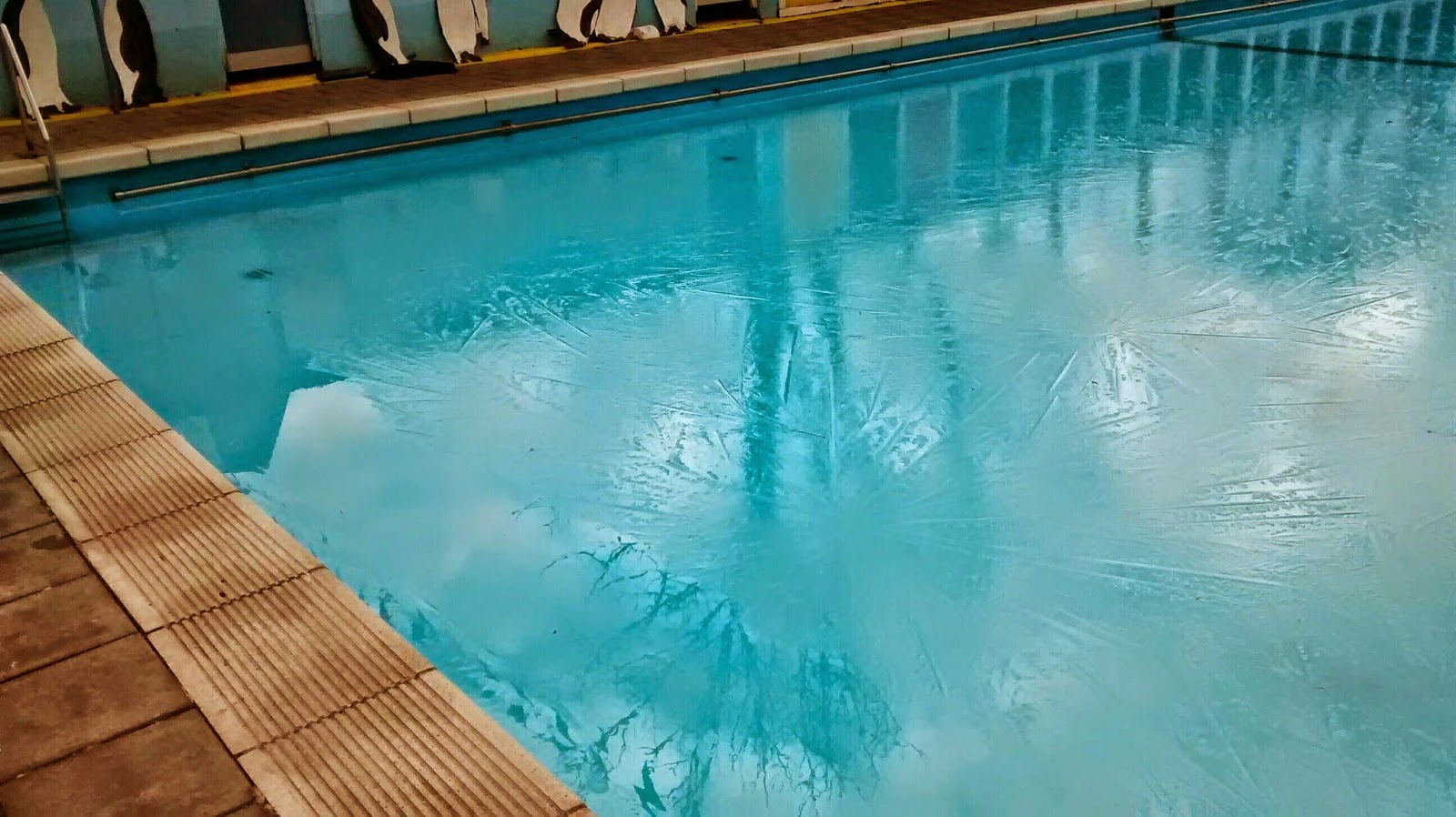 Posted by Avondale Polo News at 10:21 No comments:

One life killer as usual but an unusual precision saw pretty much everyone go from the shooting line to the goal to the side of the pool in one single swim. The man from the North kept his cool(and his shoulder) and won his 4th title of the season.

In our own Avondale Killer Ryder cup , Europe now lead the Rest of the World by 73 points to 50.
Table:

Posted by Avondale Polo News at 10:26 No comments:

27th Mar - Do you remember what you did the night John Lennon got shot? Here's another day to remember...27th of March 2014 , the night Jo won Killer!

Send in your Christmas day swimming photos...  Steve, Heron Island must be warmer than Ramsgate.  Greg? 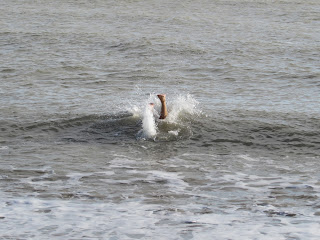 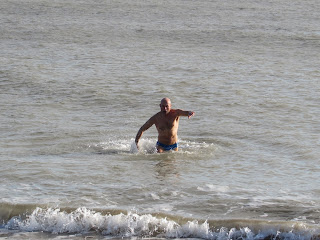 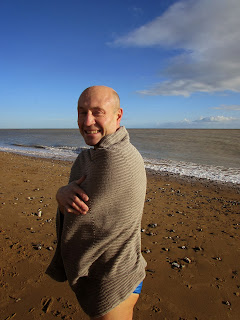 Posted by Avondale Polo News at 13:31 No comments:

An encouraging performance against a very strong S&C team. If we can eradicate the rush of blood to the head moments we could have turned this into a winning performance. Brad was excellent in goal and saved a few blushes. Dirty Chris getting 3 majors. Langton must have been having a quiet night… Big DB made mischief in the pit which was almost more fun to watch than actually pass him the ball. Ref was good. Nipped any mischief in the bud, was honest about what he saw and didn’t. 2 double ejections in 1 game. Nice. Getting better. Steadily.
Posted by Avondale Polo News at 15:22 No comments: